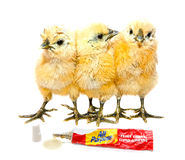 Many users of the hexagonal beam are constrained space wise and must operate their hex close to other antennas, usually on other bands than the hex. Their natural question is “Should I be concerned that the hex will interact with the other antenna?”

Interaction is generally mutual. That is, if one antenna causes problems with another antenna, it is also caused problems by the other antenna. The reason for interaction is that the two antennas that interact have become a single antenna system. Think of how a Yagi beam works. Here you have one antenna or element, call it the driver, interacting with the other antenna or element, call it the reflector. Because the two are the proper distance and length, the interaction is very desirable and produces the focused effect of a Yagi beam antenna.

Accidental interaction however is seldom a good thing. In such a case, the hex is in close proximity with say, a dipole on the same band as the hex. This interaction will cause both antennas to have diminished or distorted radiation patterns generally. But fortunately, you can usually have numerous antennas fairly close without any problem. So what are the rules?

(1)  If the two antennas are on different bands, usually you are not going to have a problem. Remember, that on a multi-band hex you have as many as 6 antennas only inches apart and they don’t interact enough to be a serious problem.

(2)  If the two antennas are at least a half wave length apart, there is not going to be significant interaction even if they are on the same bands. So for a 20 meter hex and a 20 meter dipole that are more than 30 feet apart, fuhgedaboudit, there is no problem.

(3)  If a 40 meter antenna is close to a 15 meter hex, that can be a problem because 21 mHz is a third harmonic of 7 mHz and odd harmonics interact.

(4)  A UHF antenna mounted on the same mast below a hex is not going to cause any problem nor is it going to be caused a problem even if it is only a foot or so apart.

(5)  If one antenna is a vertical, usually there will not be an interaction problem because vertical radiation is vertically polarized and the hex is horizontally polarized.

(6)  If a dipole is oriented 90 degrees from the direction of a hex, any interaction is greatly reduced. Of course, the hex rotates so this will change when you are aimed in the same direction as broadside to the dipole. But again, it’s only if they are on the same band and are close.

So. Bottom line is that most people’s fears about interaction are usually overworked. You have to almost try to get an interaction situation set up to have a problem.

Previous Thrust bearing for my Hexbeam?
Next SWR of my Hexbeam