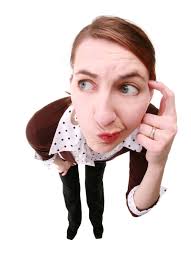 Comparison of Hexbeams in the U.S.

All hexbeams have about the same gain, SWR and front/back performance. You can measure gain at least two ways; dBi (free space) and dBi (over ground). DBi over ground will be higher than dB (free space) because it includes the ground reflection and differs with different height. Free space gain is independent of the height of the antenna and makes comparisons easier. So most antenna manufacturers use gain in free space. But some will seek to make their gain look higher by using dBi over ground rather than free space gain. You have to pay attention to this when evaluating claims!

Most hex beams cover bands 20 – 6 meters. The main differences among the hexbeams are in the type of construction, quality of parts, difficulty in assembly and, of course, the prices. We provide below, a table of prices for the six band version of hexbeams followed by a summary of each manufacturer’s hexbeam. Links to the websites are provided also.

Offers several varieties of hexbeam. The quality of components is consistent with what you find in other MFJ products. E.g., the wire is #18 ga bare wire instead of thicker #14 ga insulated wire of other manufacturers, wire guides are plastic clips screwed into the spreader arms instead of stainless steel, the spreader arms are thinner. The MFJ beam requires full assembly as there are hundreds of parts that must be put together by the user. A weekend, at least, will be required to assemble the hex beam.

The MFJ Hex beam is available with 30 and 40 meters (MFJ-1848) but it should be understood that these are dipoles wrapped around the frame and thus offer no additional gain. They increase the size and weight. Moreover, these bands are virtually non-directional, making rotation of these bands largely immaterial. Finally, they require a separate feedline.

Offers various combinations of the hexbeam bands, 6 – 20 meters.  The spreader arms are solid fiberglass rods rather than tubes as used by all other hexbeam builders. Rods are stronger for the same thickness. But for the same weight, are actually not as strong as tubes. Little information is available on the quality or time of assembly of the different models.

Radiowavz offers a hexbeam for all bands 40 – 10 meters but it is twice as large as the other hex beams discussed here and costs over $2,200.

Comes with six bands. Copies the design of the KIO Hexbeam in nearly all other particulars except the baseplate which uses tubes rather than U bolts. A standard piece of pipe is welded to the baseplate and used as the socket for the center post making it a bit wobbly as the fit is less than snug. A number of other differences from the KIO Hexbeam have been made in an effort to reduce the cost, such as the use of plastic insulators rather than Teflon. All wires and cords are fully assembled and ready to install. It is a plug and play beam and can be assembled in an hour or so.

This is another copy of the of the KIO hex beam design. It doubles up on heft and weight of components that seldom fail on any hex beam but it is the same on the  component that is most vulnerable in an ice storm, which are the fiberglass tubes. The result is weight of metal that makes the VHQ hex 50% heavier than other hex beams but twice as expensive and a hex beam that is likely to be little more weather worthy than any other hex beam, in our opinion. The maker claims higher gain than other hexbeams. Some skepticism is warranted (see the introductory paragraph above.)

Offers  all combinations of bands 6 -20 meters. Additional bands can be added later to any hexbeam with less than the six bands. It is the first hexbeam still in business and the highest quality components are used. E.g., all insulators used throughout are Teflon rather than plastic and the hexbeam is capable of 2,000 watts power. Wire guides are aluminum with EDPM rubber coating and fastened with stainless clamps. All parts are tight fitting and corrosion resistant. Mast clamps are available to make the hex beam fit nearly any size mast.  The KIO hexbeam comes with a 30 day no-hassle return policy. It is plug and play and can be assembled in an hour or so but its arms should be painted as should all other hex beams.