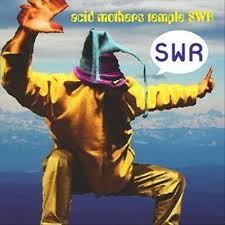 “During the last century, a great many hams worked a lot of DX until they got their hands on a SWR meter and found out they couldn’t.” Bill AE7KB

How come the SWR on my hex beam is not as flat as Joe Blow’s? Well, that’s a common discovery and we might as well dive into this very misunderstood subject.

A lot of guys think low SWR always means a great antenna. But it ain’t so. Many antennas perform very well even though they don’t return a good SWR on a 50 ohm coax line simply because the impedance of the antenna is not even close to 50 ohms.  Did you know that a three element Yagi beam has a resonant impedance down around 25 ohms? Without some matching device, you aren’t going to have good 50 ohm SWR with that three element beam but the beam will still perform very, very well. And you did know of course that you can have perfect SWR if you just disconnect the antenna and put a 50 ohm resistor across the antenna terminals of your radio. But does that mean you are going to get out better?

SWR is nothing more than a measure of the match of your radio’s 50 ohm antenna terminals and the impedance of the antenna system. It just happens that the resonant impedance of an ideal hexagonal beam is fairly close to 50 ohms, a lucky thing really.  So what does SWR mean for a hex beam? It means that if the antenna is working right, you have a good chance of getting low SWR with little or no effort by the  auto tuner on your radio. If you get a dip in SWR on your hex beam when you measure it with an antenna analyzer, it usually means that the antenna is cut correctly and everything in between the antenna and the radio are working right. But, you can get that dip while still having an SWR that is higher than Joe Blow even though you both bought exactly the same hex beam. Why is that?

It’s because SWR is affected by a number of things in addition to the antenna. The height of the antenna affects the SWR. And different heights are ideal for different bands because the height in wavelengths is the important thing; not the height in feet. And wavelength is different for different bands. Another thing that affects SWR are the objects around an antenna, whether it’s a building, a body of water or even trees. Finally, the length of the coax feed line, affects SWR. The reality is that no two hex beams, even if exactly alike, will provide the same SWR when situated in two different operating locations unless it is a pure accident. And today, with the auto tuner that needs nothing but a quick touch, the SWR is corrected so that the transceiver can operate at full power anyway.

Here’s the thing to remember. If you are getting a dip in SWR in the band of your hex beam and it is below 2:1 as the manufacturer promises for most of the bands, then the beam is working fine. Fooling around with things to get another tenth of a point of SWR is not going to help your signal at all. It’s just a waste of time. The beam is going to work fine. And when Joe Blow brags about his 1:1 SWR across all bands, ask him if he is using his hex or a 50 ohm resistor.