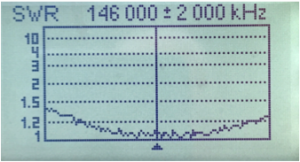 The KIO Hexagonal Beam equipped with the 6 Meter Add band kit performs like a two element beam on six meters as it does on the other bands (20, 17, 15, 12 and 10 meters). 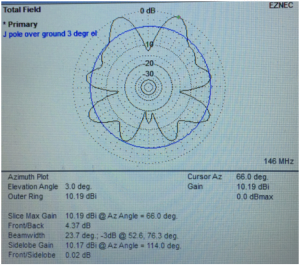 other bands but gives a respectable account of itself.  The modeled azimuthal radiation pattern at left on two meters shows RF coverage as good as a two meter J pole and at a low radiation angle too. You might need to use a switch to connect it to the two meter port on your radio, depending on your transceiver.

So get the 6 Meter Add band kit and use it for both 6 and two meters.