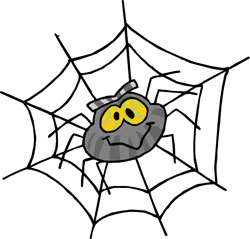 The two weigh about the same but the Spider beam is about 33 feet across at its widest point compared with 22 feet for the hex.

If you buy a Spider beam, you are in for some work. You will get a spool of cord and a spool of wire, some tubes, plates and lots of bolts and such along with a thick set of instructions on measuring and affixing attachments before you can install wire elements and support cords on the frame. Assembly of the frame itself is another erector set chore. Then you got to worry whether you cut it right if it doesn’t seem to perform as expected.

On the other hand, most of the hexagonal beams are available in a “plug and play” version where a minimum of assembly is needed and no measuring and cutting and fitting. Now, you can buy assembly service for the Spider beam that would make it about equivalent to a “plug and play” hex  in terms of assembly for $150 extra.

It’s hard to say how the two compare in stormy conditions but if you take a close look at the structure you will notice the hex is symmetrical and thus has no tendency to turn in the wind. That is not quite the case with the Spider beam.

Price? Well that depends on which hexagonal beam you are looking at but the price for a five band heavy duty Spider beam is about $539 plus the $150 for assembly service so you can do your own comparison with the hex. Our five band “plug and play’ hexagonal beam is $599.

So you are getting slightly better performance, questionable storm survivability, a substantially larger size and price tag for a Spider beam as compared with most hexagonal beams out there.

Previous How does a Hexbeam work?
Next Down sunspots